Gus is a very handler oriented, driven dog, who loves to work. He had a late start in the field but will tear ground up with the best of them. He is a clown at home and enjoys a snuggle from anyone. He is a very sensitive dog and can easily be overwhelmed in training if the handler let's their emotions get involved. He is a classic aloof poodle while still being engaged and friendly. He works well in a group or alone, he has a good nose and stays on task consistently. He is the tenth ever, and first ever multi colored poodle to earn his Upland Hunter title, which he did without failing a single test a weekend after finishing his UKC championship. He is structurally correct and collected multiple group placements in UKC and IABCA. He also recently sired a litter at 7! Nothing like an old healthy dog still running and still producing.

Gus is a blue brindle phantom, carrying for cream, brown, and recessive black

*not tested but presumed based 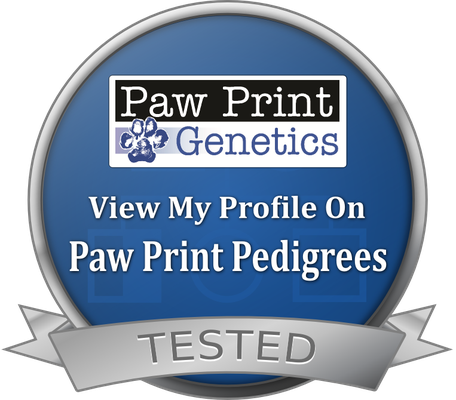 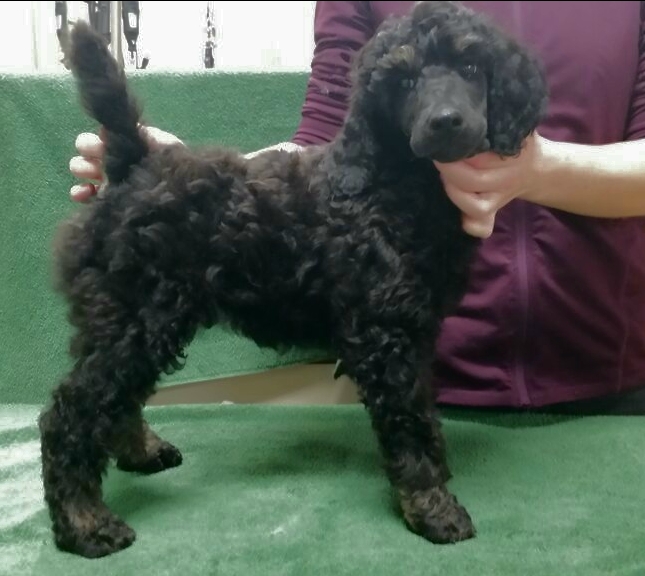 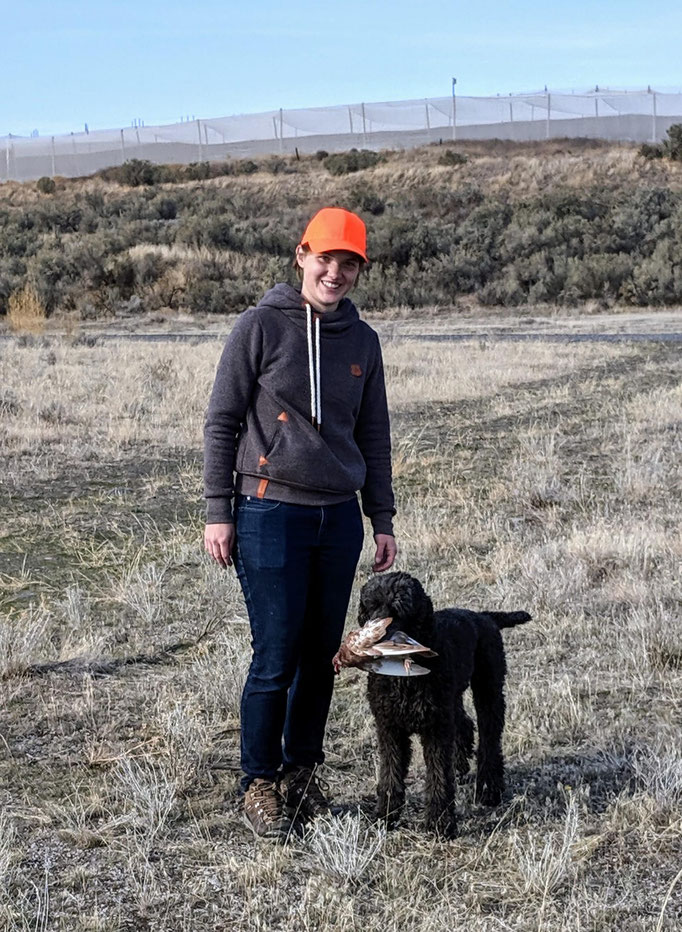 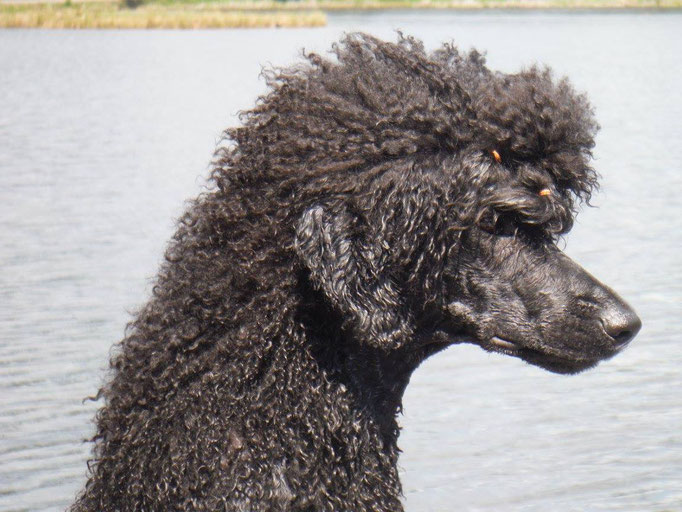 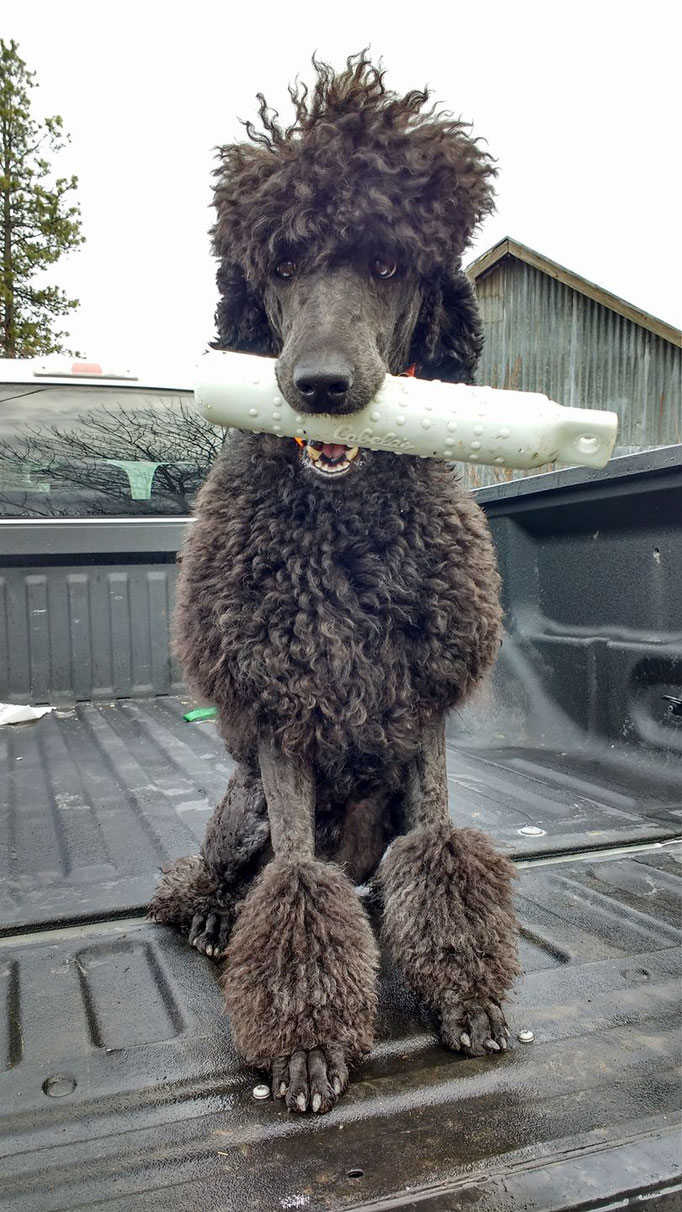 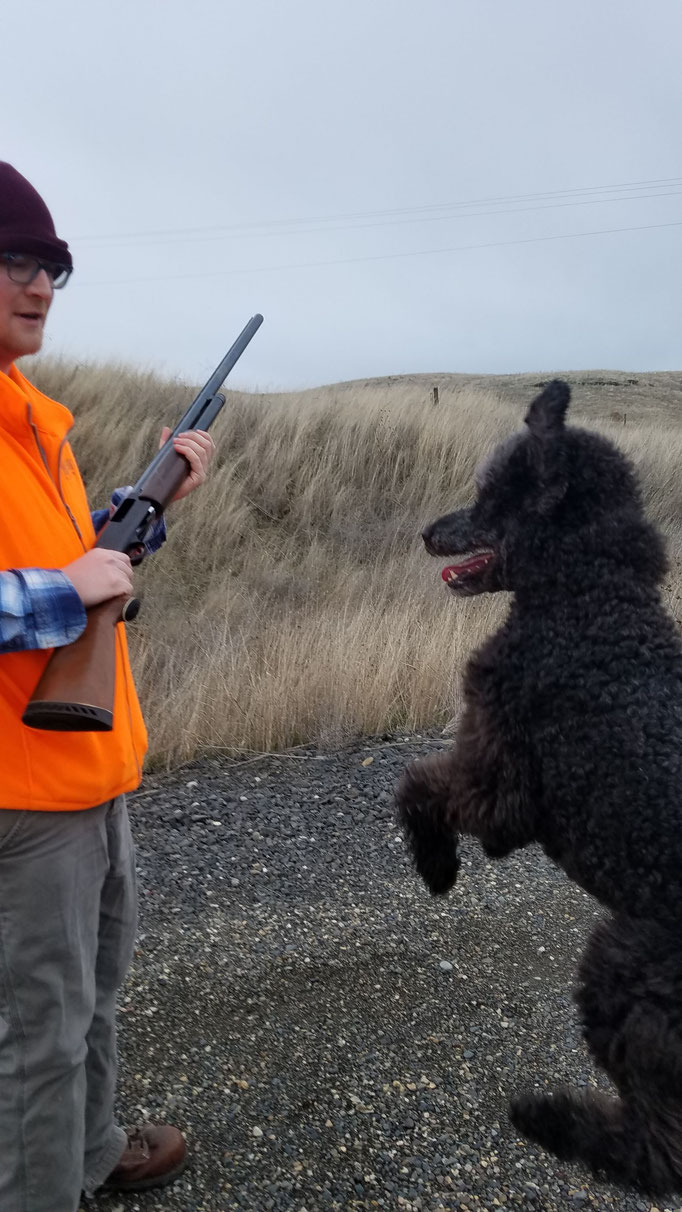 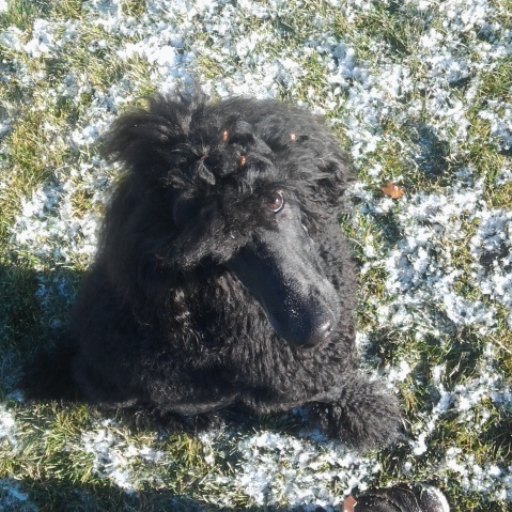 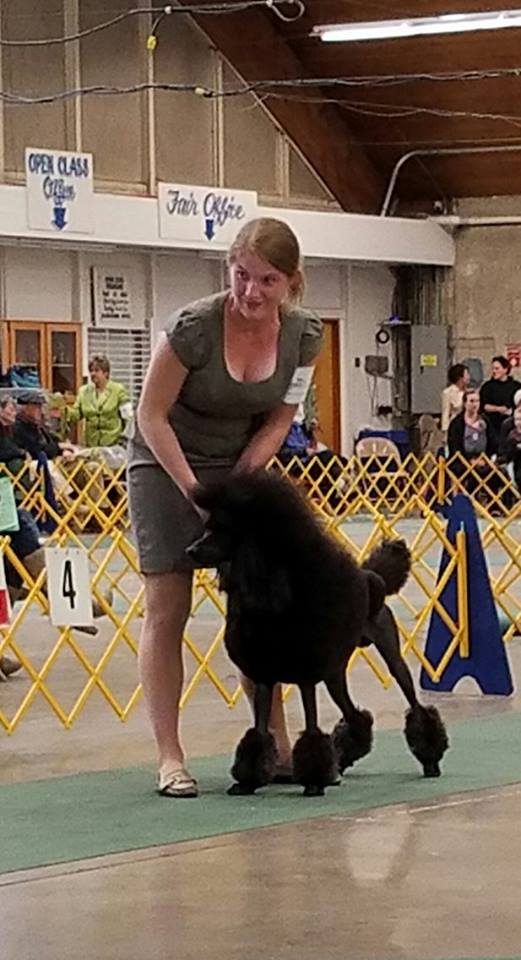 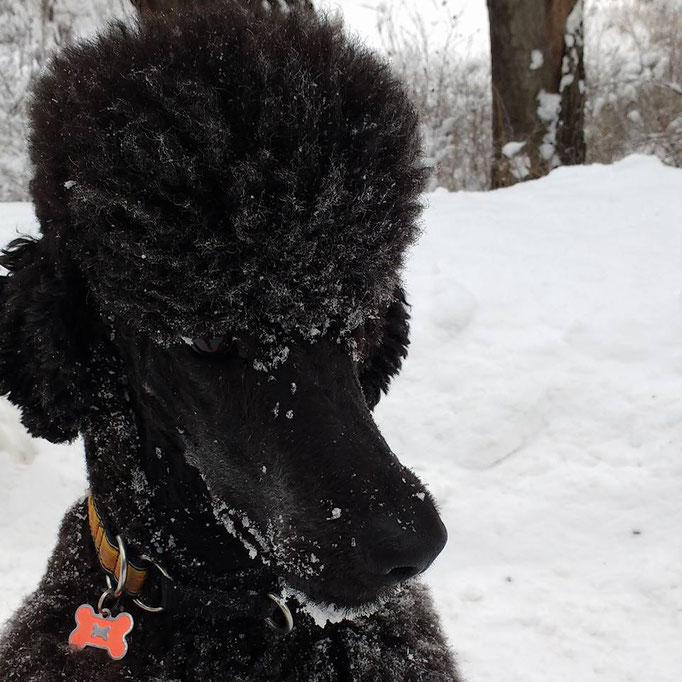 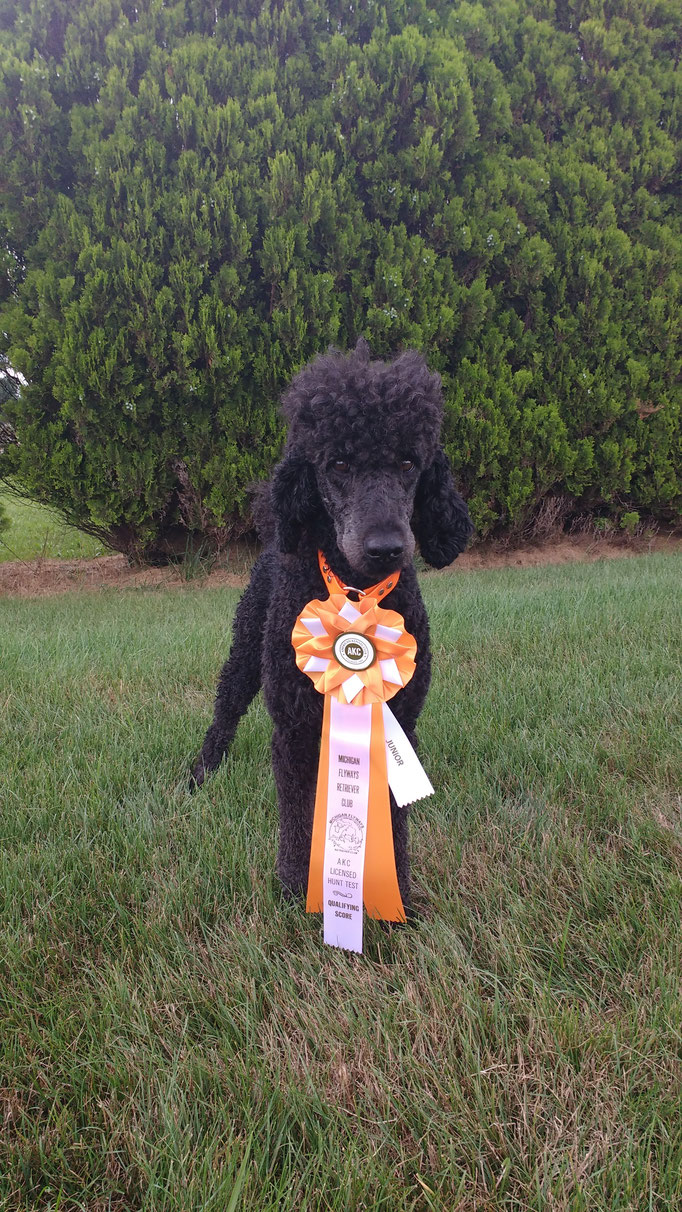 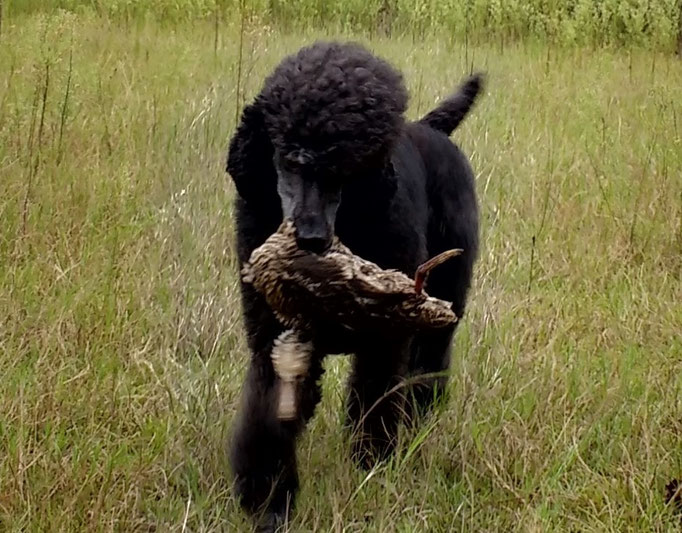 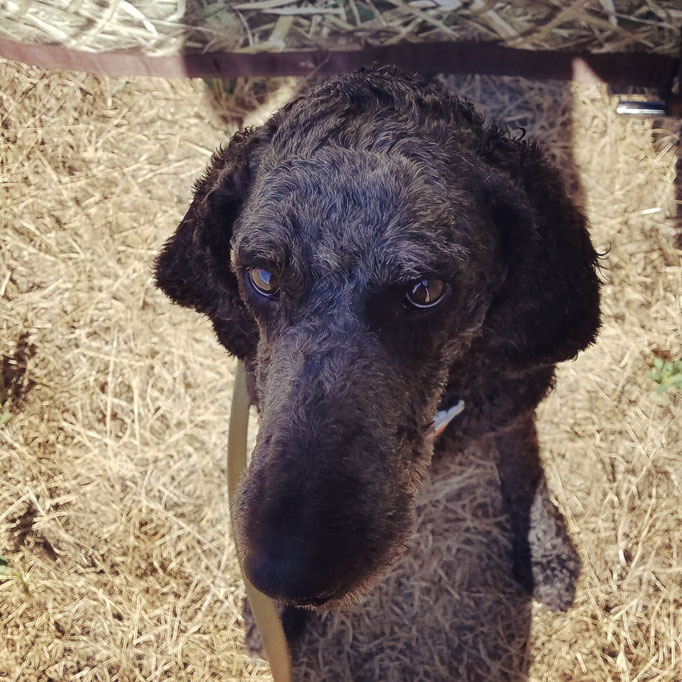 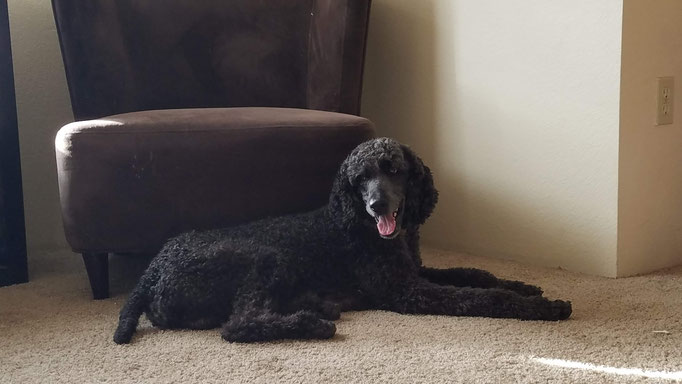 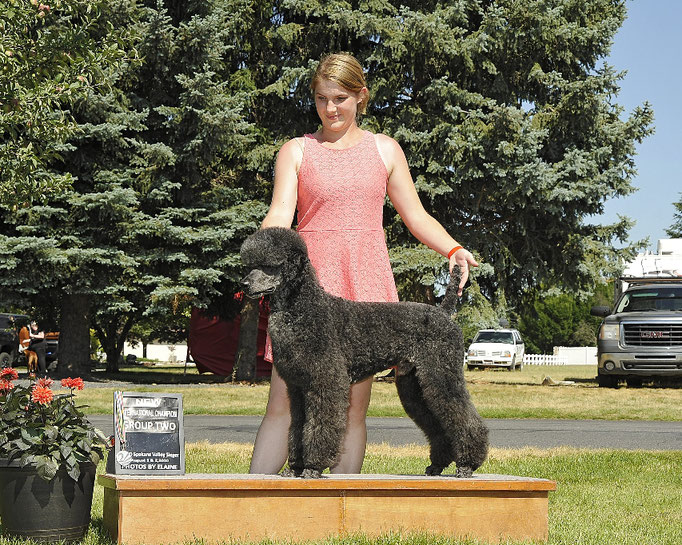 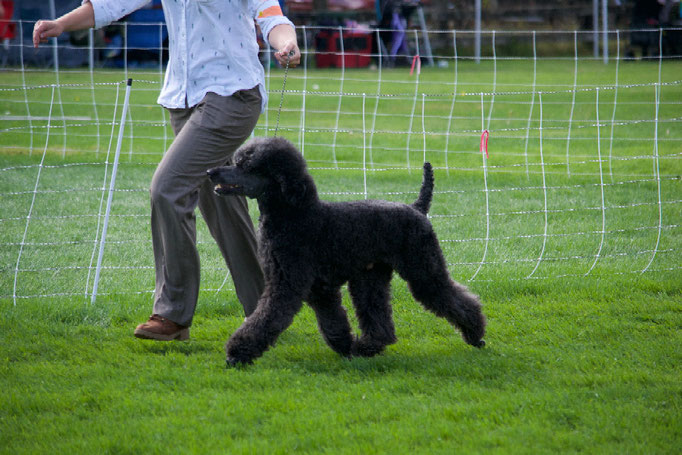 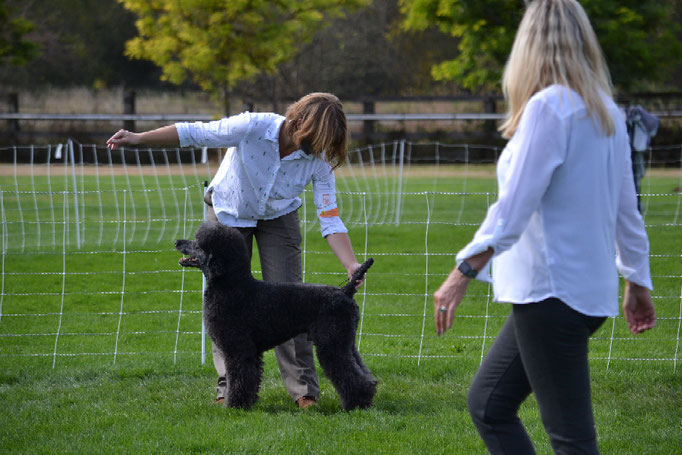 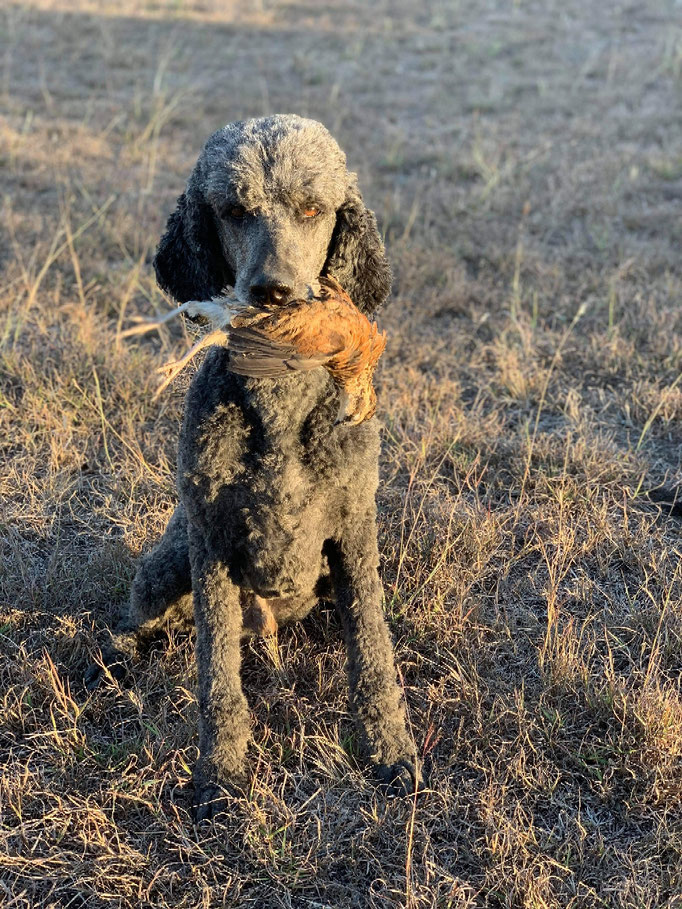 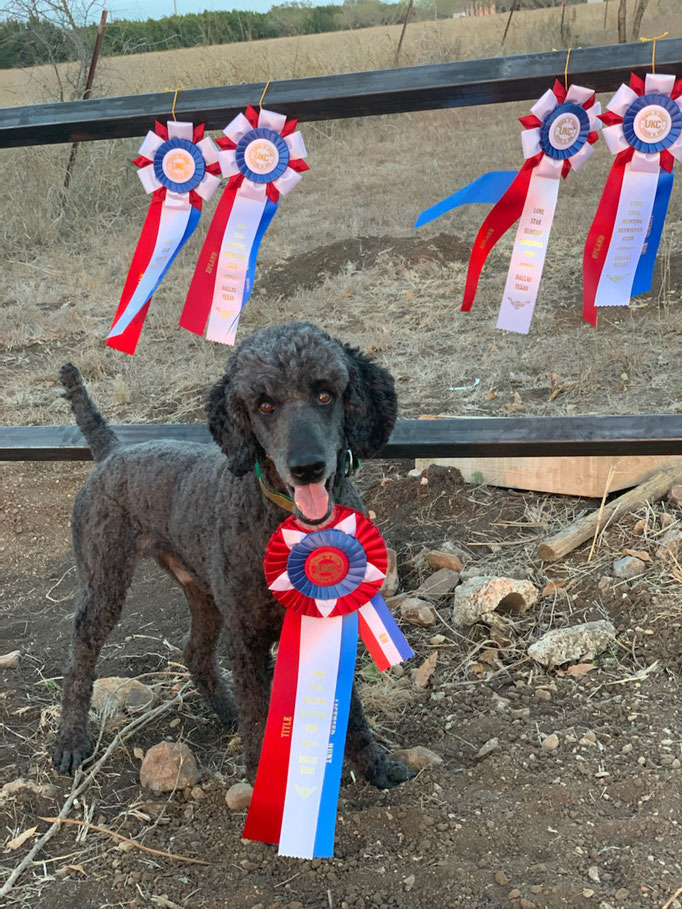 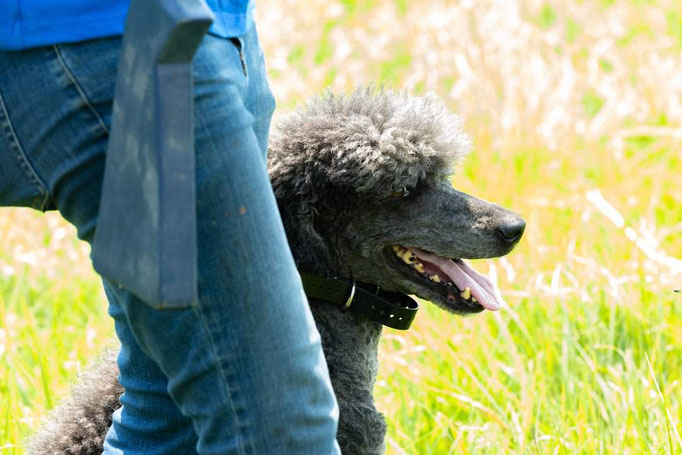 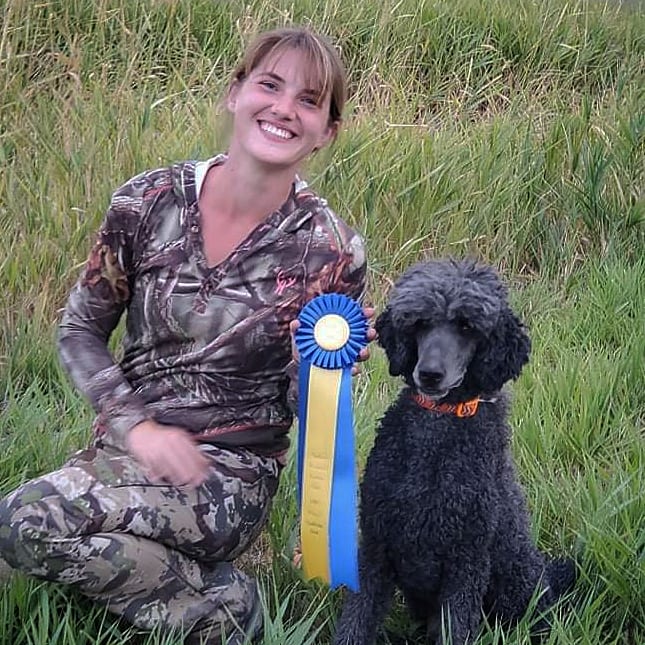 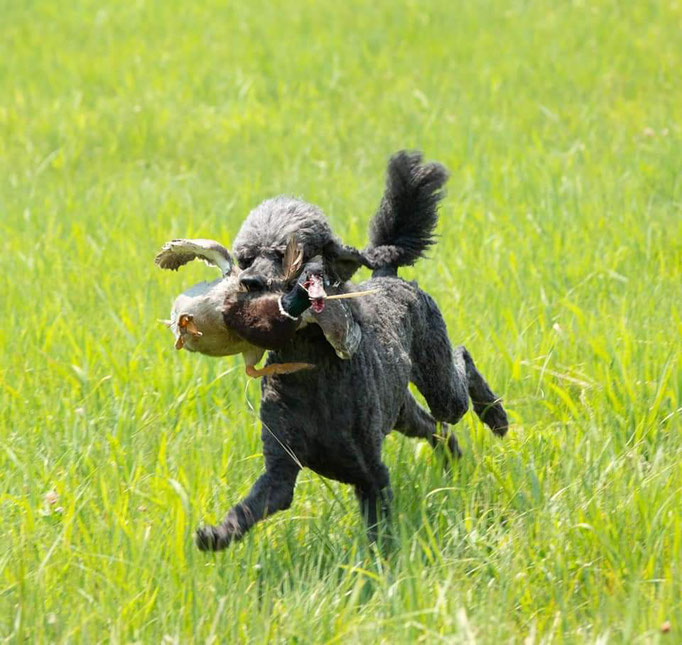 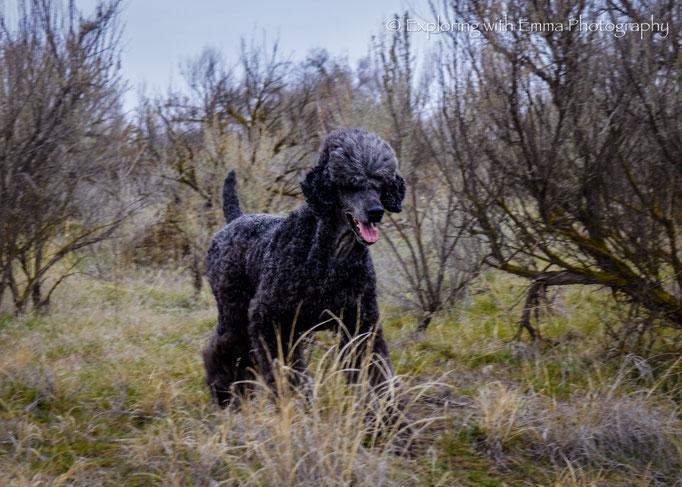 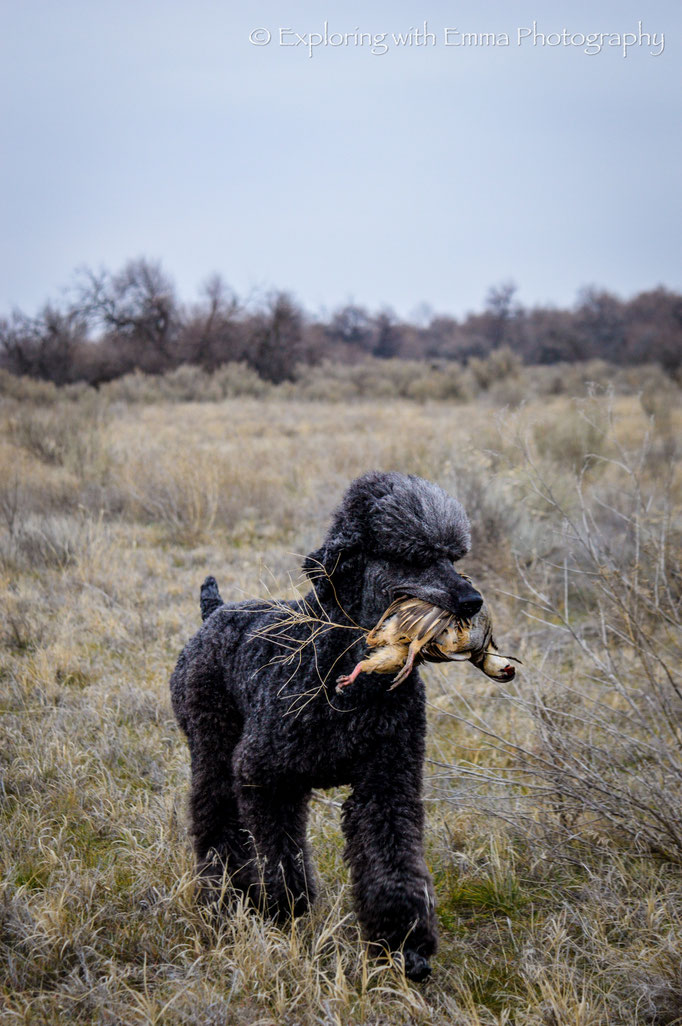 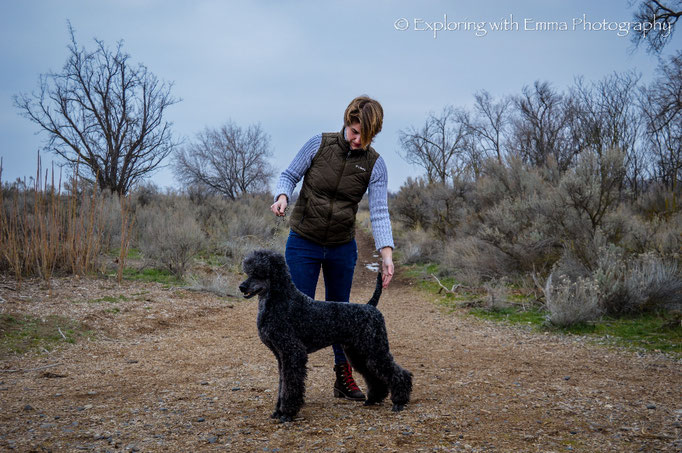 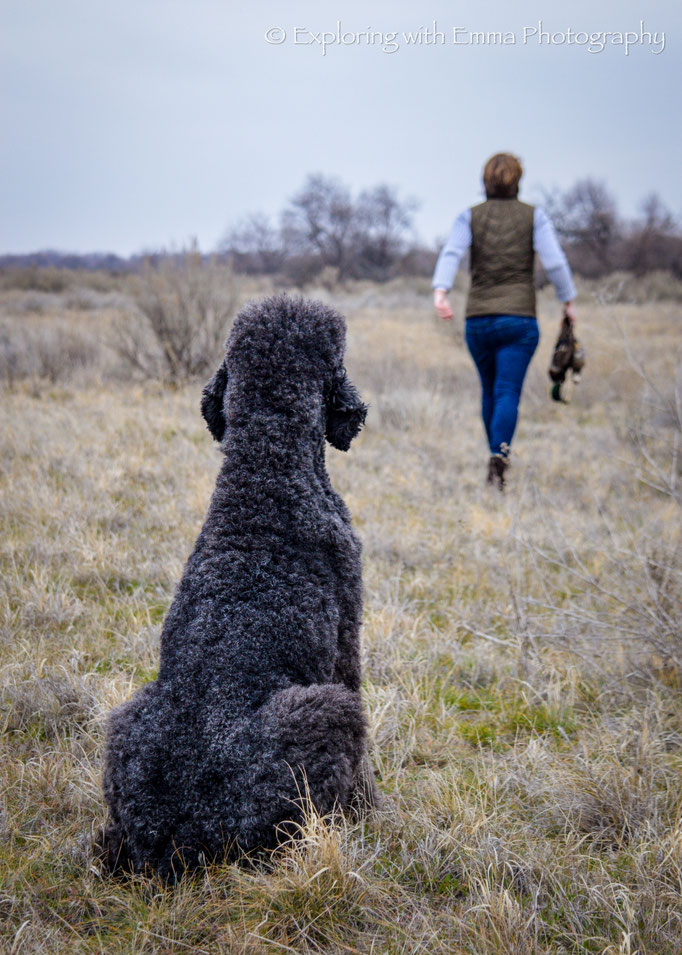 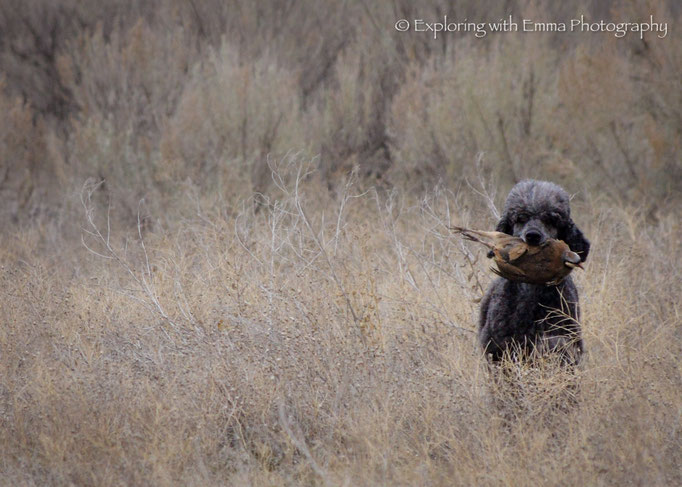