A proud dog, standard poodles carry themselves with an air self dignity not seen in other hunting breeds.  Regal dogs with a long history of using their adaptability to become one of the more popular performance dogs for all sports. Their incredible nature has been abused in an attempt to make mixes, but the original poodle is a unique, thoughtful, handler oriented dog. A true poodle can be aloof but not nervous or reactive, tending to think before they act. However they do have clownish tendencies, and have been known to attempt to diffuse situations or to grab their owners attention. They come in all levels of drive due to being bred away from hunting purposes, ours here we consider relatively high drive. One of the highlights of a poodle is their intelligence coupled with a intense desire to please, if you look past the hair you will find a athletic, proud, brilliant dog.

Standard poodles are unlike any other dog in the field, with a joyful exuberance coupled with a fierce unwavering fire and intelligence. We aspire to produce dogs with the same fierce drive and handler orientation. Poodles won't run for just anyone and do well when they are bonded and trained by their handler, and thus take a while to mature compared to other bird dogs. Often, once trained, are very well aware of the goal at hand and have their own ways of mastering it. They love to be handled and take to it very easily. Poodles are not for people who wish to rush through their training and fight for control, that will only lead to frustration with dog and owner. However for those who wish to develop a partnership with a proud dog founded in mutual respect a poodle will offer many successful hunts.

We consider ourselves real preservation breeders for standard poodles, focusing on a multi purpose dogs with a strong working background. Preservation means to us, the understanding of the breeds historical place and the continuing to breed those same dogs into the future. All breeds have physical traits making them uniquely qualified for the purposes they were created for, poodles are no exception.

We do not believe in fads in our dogs, and try to consciously judge our dogs as truthfully and honestly as possible. While we do follow the set standard, and thus the type, our style or interpretation of it may be different than that of even other great breeders. We focus on smaller, but not highly refined, style of dog with moderate and practical attributes.

The Poodle Club of America was formed in 1931, using primarily at the the time, the French standard. However in a peculiar turn of events, the dogs that were winning and had been winning were from their country of origin, Germany. Germany is where these medium, intelligent, curly coated retrievers solidified their place in history. The French poodle was a solid colored, more refined version of the dog that emphasized less of it's retriever skills and more so it's regal natural people pleasing abilities as a circus dog. This hybrid mixing brought into America a chance to produce amazing all around dog that poodle fanciers and breeders are taking on.

Poodles in America weren't very popular, flying under the radar until Nunsole Duc de la Terace of Blakeen went best in show at Westminster in 1935, thus launching poodles into the American spotlight. Poodles have always held a special place in the dog world, being iconic in their grooming and temperament. Obedience trials were formed around poodle handlers, proving the dogs worth as a working companion and not just a statement of high fashion. Recently poodles have been returning to the field in America with breeders once again focusing on the goals set in Germany generations ago.

Modern science has come a long way, now allowing breeders of all dogs the ability to look to the dogs genetic make up for any diseases that can plague them. And what they can't find hidden in the code they can dutifully test physiological attributes of the dogs to determine if the dogs shall suffer or not before the onset of disease. To top it off we now have an even deeper understanding and system for determining potential mates utilizing the dogs genetic code. Standard poodles suffered one of the most intense losses of genetic diversity of any breed out there and thus became afflicted with a myriad of immunological health concerns, not to mention the already structural concerns larger breeds face. Good breeders continued to not breed afflicted dogs but occasionally issues would still arise. As technology advanced breeders suddenly could proactively breed against dogs who were carriers of genetic diseases, as well as phenotypic afflictions, but now breeders can actually breed back diversity as well.

To put it simply there is no exact idea of how diverse a dog is (a key point in avoiding the majority of issues standards suffer from) unless you test them genetically now. Our dogs are tested as per the national breed club standards and above as needed, as some lines are more known and others may be hiding something.

Our goal is to produce dogs that will live lives unafflicted by genetic illnesses, that will be able to physically thrive throughout their life. This is why we test our dogs the way we do, in attempt to create a positive impact in the next generation.

Outside of structure we have an ideal personality that we breed toward, in hopes to create the best possible partner for all your adventures. These key features is are as follows...

The desire to work, even when things get tough or the dog isn't successful the first time.

Hard to define, but essentially how quickly can the dog problem solve. Coupled with drive this can allow the dog to overcome obstacles quickly.

How biddable, or how willing to please it is, essentially the most important part, though a lot of teamwork is learned through time.

With these things we can help create enthusiastic working dogs dedicated to keeping up with all we ask of them, the other piece of the puzzle however is a dog built and physically capable of the work that is asked of them. We prefer to show our dogs to get outward opinions of how well they meet the standard to keep us from getting kennel blind.  We pair our dogs with this in mind as well, it would be unfair to create a high drive dogs that couldn't physically live the lives they mentally were driven to do. 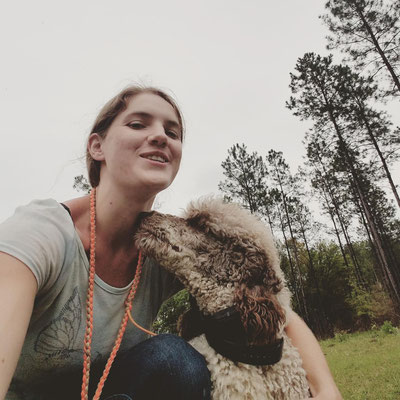 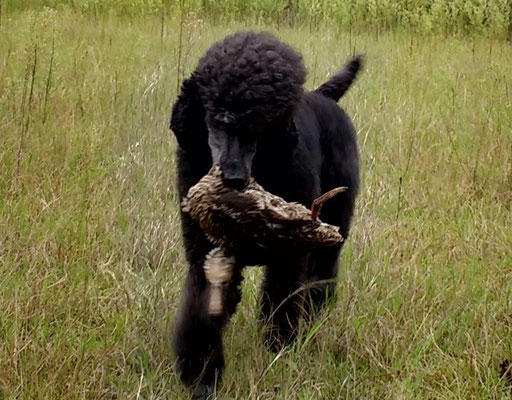 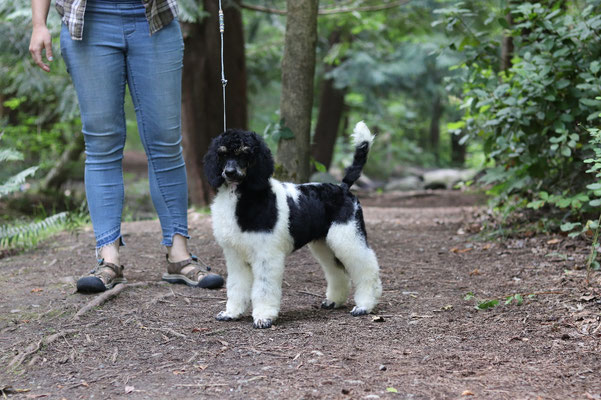 The health and structure of the dog by far is the most important component of any canine companion, but an overview on our poodles would not be complete without our view on color. Poodles can come in a wide variety of colors and patterns, some breeders tend to stay away from one over the other. In our humble opinion color is merely the top, and last layer of a dog. As it was said, no good dog is a bad color. Color is not a singular reason to remove a dog from a gene pool of a breed who struggles with diversity, but it can be a reason. Now many multi colored poodles suffer from a lack of 'type' and same quality as structure, simply because they were neglected when breed clubs started eliminating multi colors. We keep in mind colors as there are reasons to do or not do certain pairings, however we will never eliminate a dog simply because we do not like the certain color.

In the past poodles came in 3 colors, black, white and brown, with browns being looked with suspicion 'as (potentially)  showing a strain of spaniel blood' (The Poodle in America 1929 to 1959). In Germany black, white, black and white, and liver as well, were toted in the standard before 1920s, though Russia and French had their own variety of dogs. We proudly hold membership to the United Poodle Associations club, the UKC's multi poodle inclusive club, emphasizing the quality of the dog shouldn't be based on color.

A word on merle: this is a new fad in poodles and put plainly someone snuck the gene in from another breed. We never have or will support merle poodles, merle comes with it's own issues that we do not need in poodles. 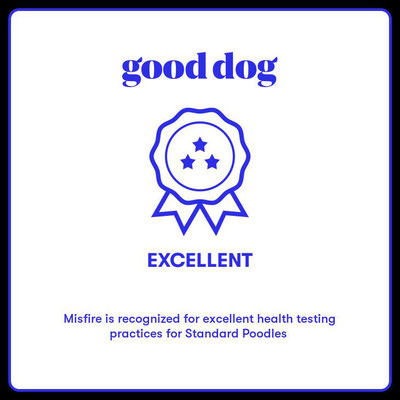 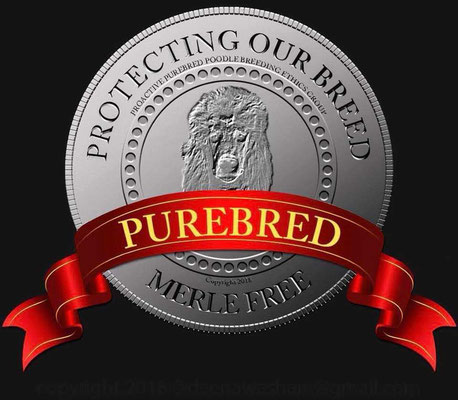 If your located in the pacific northwest and are curious about poodles in the field and performance events in general I highly recommend touching base with the PNW Poodle Preservation and Working Association both located on Facebook and online.  The goal of the club is to promote and preserve the poodle to their historical standard, highlighting their ability as working and performance dogs. It is also a network designed to help people build and complete their goals with their dogs.